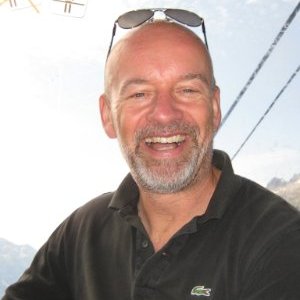 Life is a Sine Curve is the result of my experiences as an ultramarathon runner, in 30 years of business, in life, and now as an ultra-running coach.

These posts should equip you with the practical tools you need to traverse highs and lows – in sport, in business, and in life.

Struggling to achieve a goal, or looking for specific advice? I’d love to help – email me at andy@lifeisasinecurve.com to start your journey.

Life is a Sine Curve

Life is a Sine Curve

Jobs in the USA

This week, a running client shared her frustrations at feeling used by her friend (a stronger runner) as a yardstick. They always seemed to go one better, to run a bit further or a bit faster. It got me thinking about how we think about ourselves in relation to other runners…

You can’t change how someone else feels

There’s no point worrying about something you can’t do anything about. This applies as much to running as it does to other areas of life. You can, however, change how you feel and act about things – that’s within your power. How many times have you mulled over a problem, only for it to feel less insurmountable once you’d made some sort of decision? Focus on your own running, how it makes you feel, and where it’s taking you.

Imitation is a form of flattery

When I was talking to my coaching client, I pointed out that, on some level, her friend was seeing her as an important person to share her running ambitions with, and a powerful motivation in beating her. While that might not feel great for my client, there’s a half-compliment in there: her friend sees her as important to performing at her best.

Her friend might lack the humility to recognise my client’s part in their success, but it’s important to try and value other aspects of the friendship above this competitive streak. You never know – one day they might even stop and say thanks. I asked her how she’d feel if one day her friend thanked her for making such a vital contribution to their success: ‘pretty awesome, actually…!’

Drawing a line in the sand

Of course, us runners are flawed humans just like any other, even if we do have a slightly strange idea of fun. Not every runner will have a bucket load of humility, so I suggested that if her overly competitive running friend really isn’t getting the hint, it might be time to introduce some social distancing into the relationship. All enduring relationships require a yin and a yang, and if someone is depleting your energy without ever refilling it, then sooner or later the tank will run dry.

Refocus on your running

For most of us runners, running is a way of expressing ourselves. That might look like simply keeping fit, striving to be a better you, for mental wellbeing, or just to get some fresh air. Whatever the reason, your ‘why’ is probably something very personal to you. So, I reminded my client that, just as in life, if someone is bringing too much negativity into her life, then in might be time to draw a line and move on.

Stay safe, and happy running. Let me know how you’ve dealt with overly competitive running mates in the comments…

View all posts by Andy Stewart

A Perfect Cottage in the Peaks

Neil Thubron
The Yorkshire Dad of 4